The mass of the building is formed in relation to the surrounding buildings. It does not try to shock. It is measured by function. It respects the orthogonal shape ended with the oblique roof. The façade is strictly articulated by the grid of high windows and travertine panels. The south façade is designed as a regular grid. In contrast, the northern facade windows are placed randomly. The main focus was on the interior layout. The flats belong to a locally typical higher standard. On the ground floor are located commercial premises with the potential to return the city atmosphere to Boulevard, which is now degraded to the level of traffic slum.

Hradčanská 150m deals with unbuildable estate next to the public transport stop Hradčanská. There used to be a row of houses forming the urbanism block of Dejvice. The row was demolished due to the extension of Milada Horaková’s street and the construction of the metro. Today the tunnel Blanka goes under the site. Because of that, the estate is unbuildable. The visual aspect and development density of the surrounding rather resemble suburbs areas or industrial zone than the center near Prague Castle. 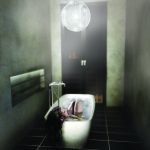 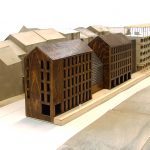 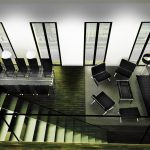 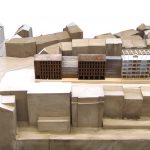 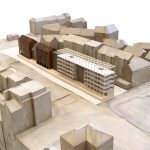 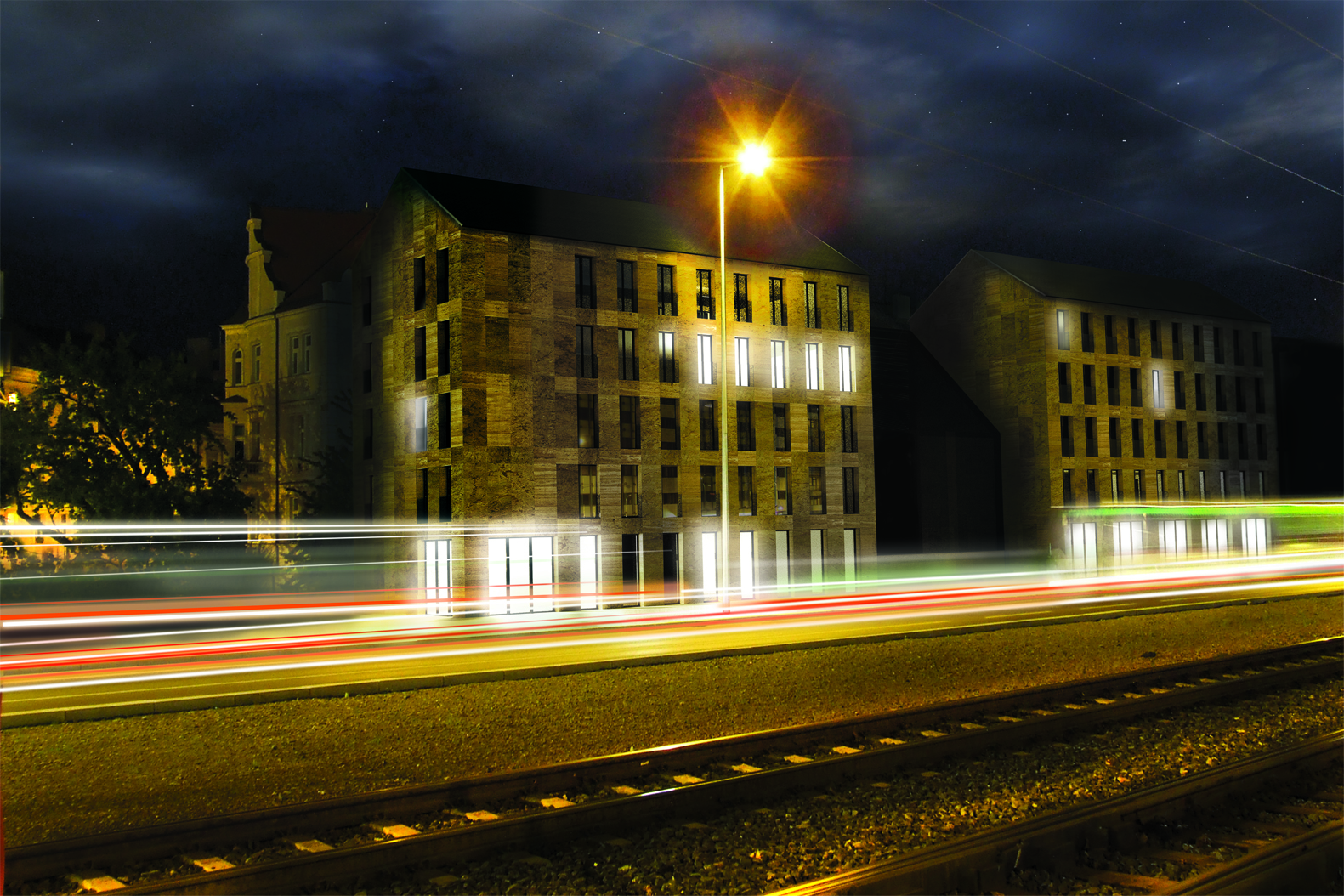 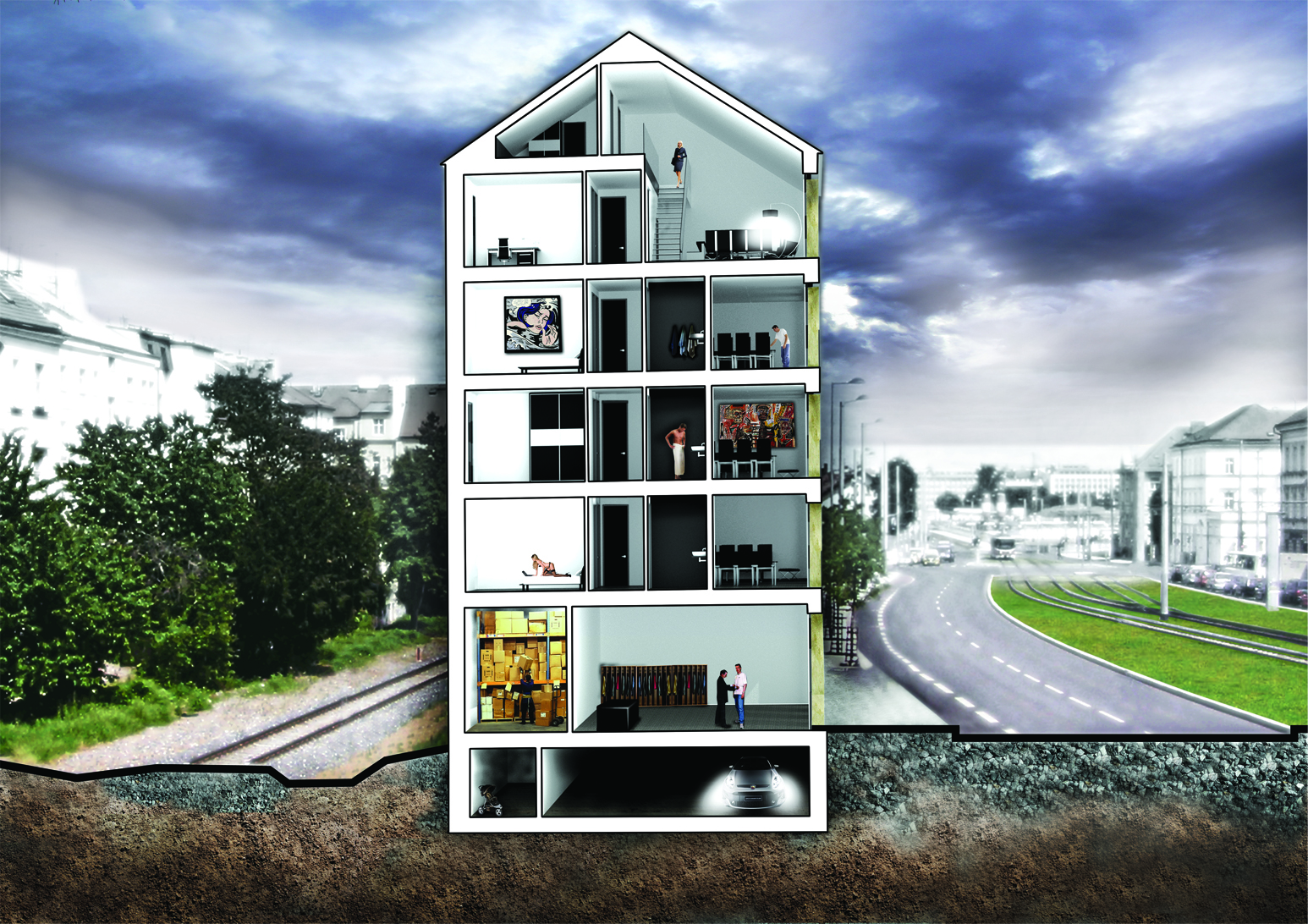